‘Jillposters (1983–87) formed in Melbourne and unlike other groups, did not seek government funding, permanent studio space or to establish open access facilities. Instead the group was comprised of women who desired to get their edgy, feminist and political ideas onto the streets, experiment aesthetically and have complete control over the communication process. Their images are generally rough and hastily made, espousing their own demands, truths and values; voicing issues ‘ignored by the mainstream media’ (Church 1990) and creating their own alternative representations. Works were rarely commissioned, allowing them to work ‘unencumbered by affiliation or responsibility’. The collective often designed posters individually, but generally printed and posted them together. Under the cover of darkness postering the inner-city streets and alleyways of Melbourne was all ‘very furtive and fun’. Although they started by postering entire print runs, the conversations they generated, interest from bookshops and the need to cover material costs quickly alerted the group to the possibility of selling posters. About a third of following print runs were posted whilst the rest were distributed for sale. The group also sold badges, postcards and calendars. Jillposters’ name was derived from the common public announcement ‘Bill posters will be prosecuted’ and ‘challenged the assumption that public space was the realm of big advertisers’ (Church 1990). One could also add, Jillposters challenged the idea that public space, advertising or political postering was the realm of men. Jillposters made it clear, this was the work of women. Membership was open to women with a connection to the group and a desire to print and distribute posters.17 As a result, a number of their members had no artistic training or were self-taught screenprinters and works of a lower standard are evident in their archives. Anti-censorship, allowing individuals to print and post as they pleased, was an integral component of Jillposters. Julia Church explains, ‘because it wasn’t all women artists… people argued and discussed very different concerns. They weren’t so worried about their reputation as artists or community workers, they were really there because they wanted to say something.’ Over the years Jillposters turned their efforts towards postcards, a more affordable medium; and slowly petered out in the late 1980s.’

Jill Posters Will Be Prosecuted: Australia’s women-only print collectives from the 1970s and 1980s, Louise Mayhew, 2010 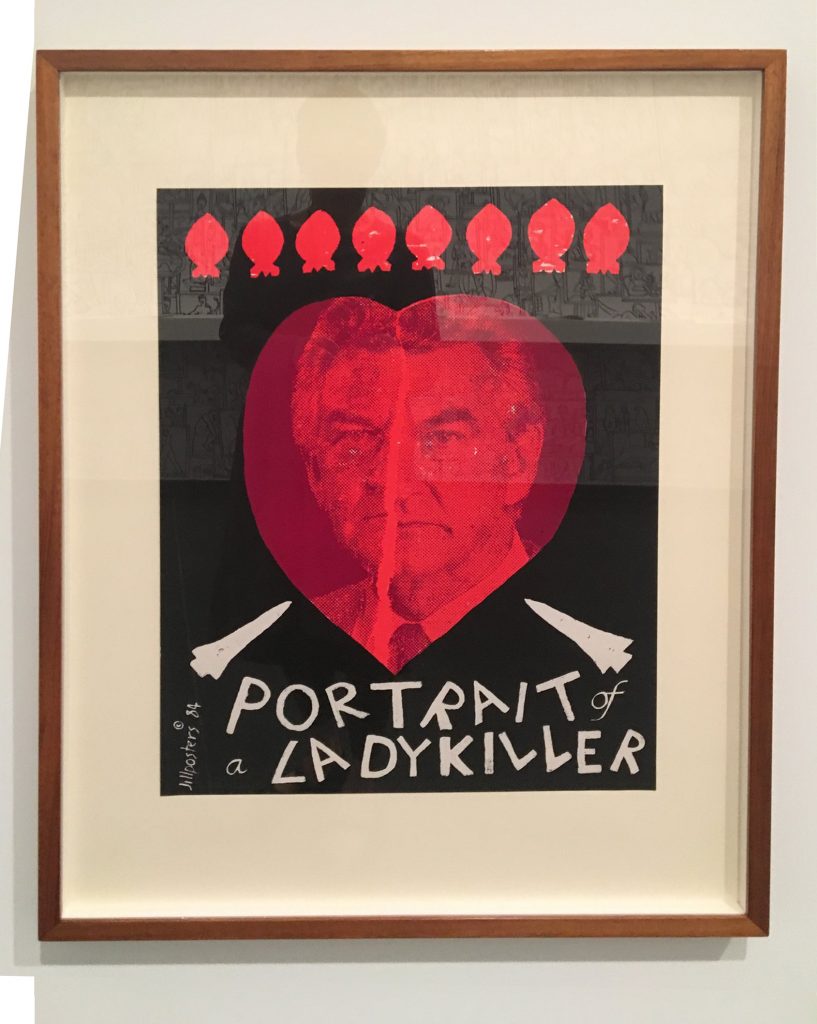 Find out more about Jillposters