This film of the artist sleeping was shown as part of the performance “Not Getting” any at The IMA Brisbane in 1993.

Living in the Power Foundation Studio at the Cite Internationale des Arts Paris for 9 months in 1992, the artist could not sleep due to the traffic, the party boats on the Seine and the shouting from the road. The solution was to sleep in the cupboard as far from the windows as possible. Fabyc chose to record several nights of sleep on Hi 8 video tape as proof that she had actually slept as it did not feel like it. She had heard of the Andy Warhol film “Sleep” but had never had the opportunity to see it. Later She showed Sleep by Andy Warhol, as part of the Installation Performance Cat House Camp in London 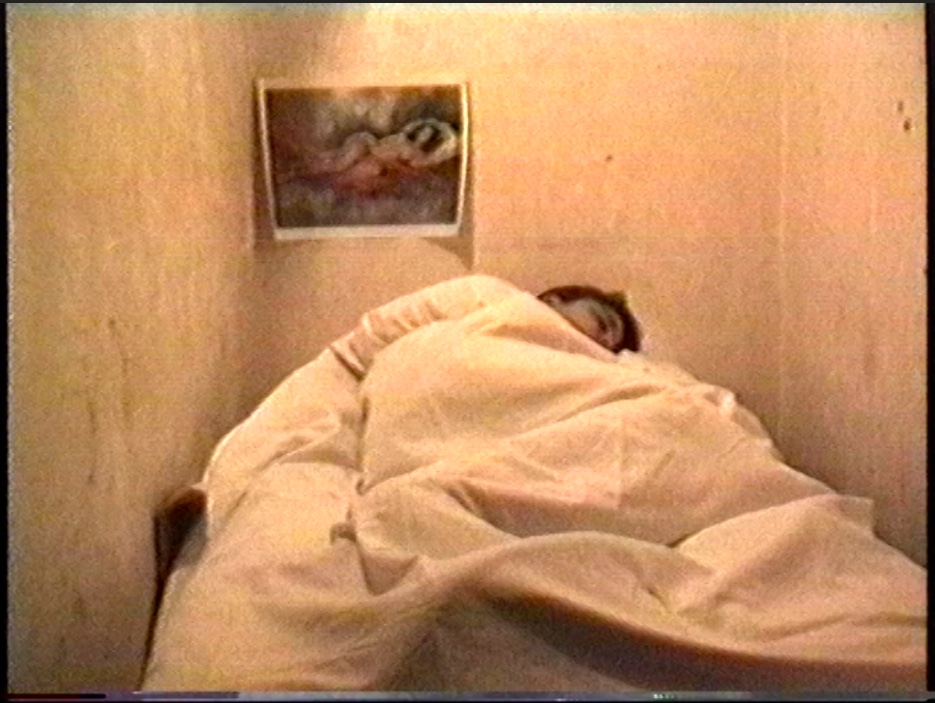