With the Piss-take project I produced for my first

involvement in KISSS, that project was about making a

journey through the city streets, with these containers which

were urine, but could have been anything, ammonia or any

other dangerous substance. We were not stopped as we made

this journey through the underground and the streets. The

camera is so normalised now that when I presented the urine

to be filmed, almost performing to the camera directly, while

taking details of the urine samples for testing. Suppression

is an important part of the project but what does surveillance

do? Do we always act up to the cameras? 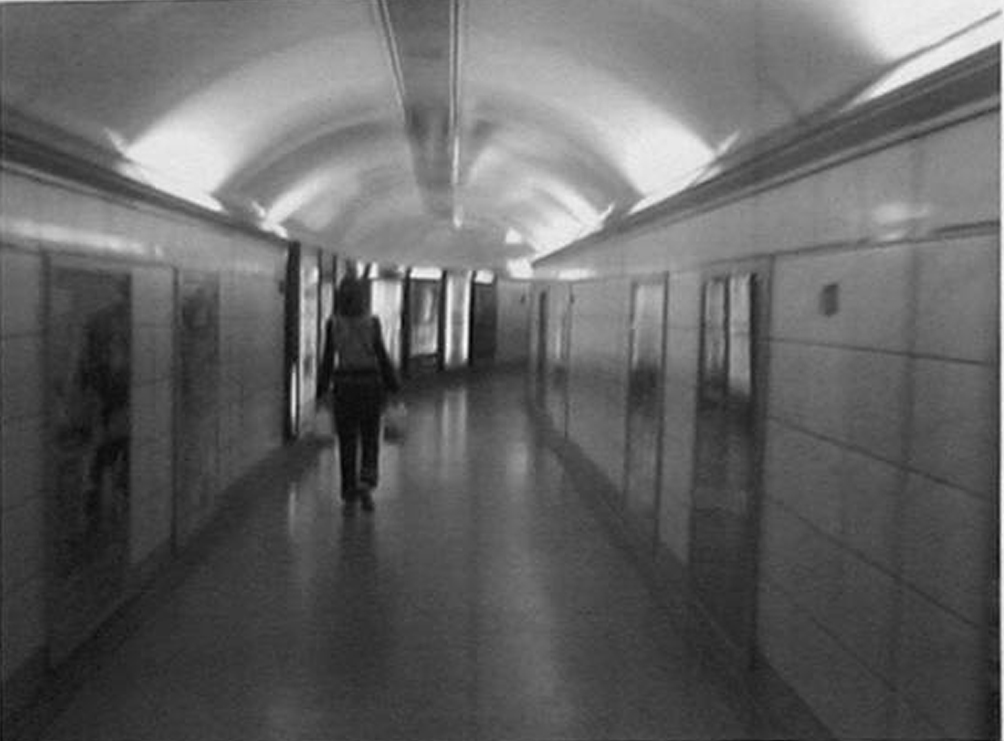