This work takes form of a casual striptease whilst I narrate a story about the blemishes spots and scars on my body. I combine video with performance in this work. In one version (as Details has been performed in five different countries) I was performing in a 2x2x2 meter cube stretched with muslin. An accomplice inside the cube videoed my examination in extreme close-up which was projected in real time on a large screen in another room in the gallery. The audience had two ways of seeing the performance, both denying the total fulfillment of the voyeuristic urge. 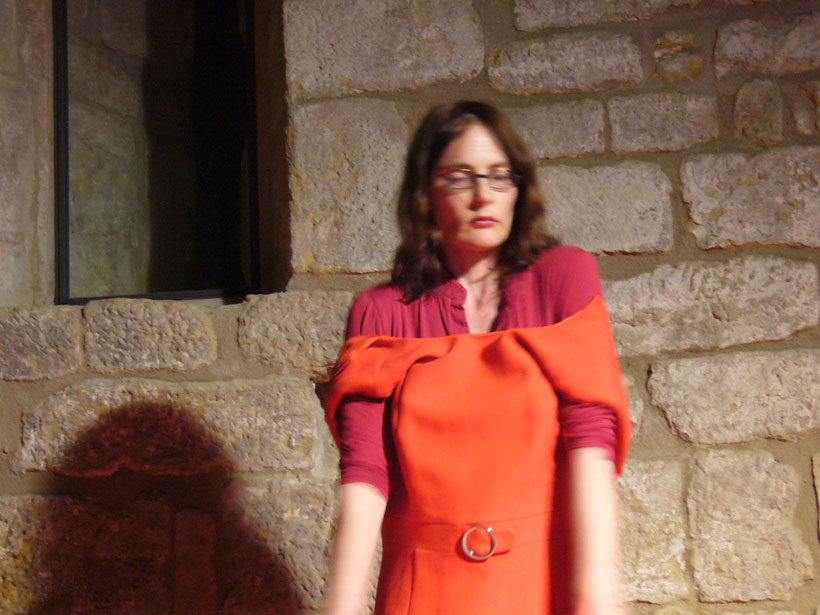 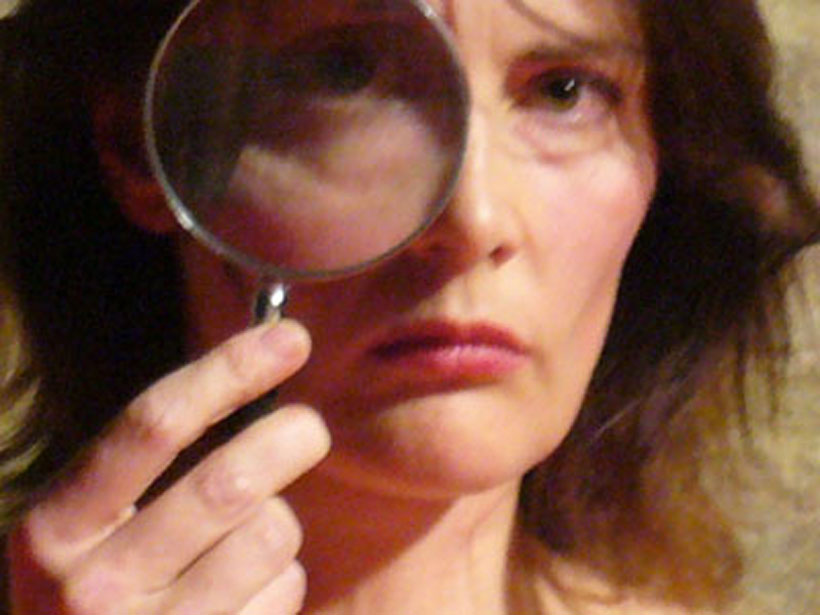